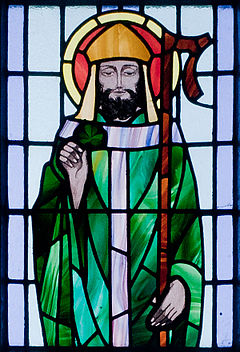 “The day of the festival of Patrick”. It’s a national holiday in Ireland. Traditionally a religious celebration it now emcompasses tradition and culture and is celebrated around the world. The 17th March marks the anniversary of the death of St. Patrick who is commonly recognized as the Patron Saint of Ireland c. AD 385-461. 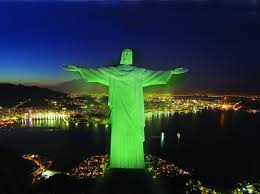 It’s an official feast day in the Christian calendar , where mass is celebrated in honour of St. Patrick, those observing Lent are generally given a reprive from whatever they have given up for the 6 weeks of Lent, as children this meant enormous amounts of chocolate was consumed!

In Ireland there are St. Patrick’s Day parades all over the country and here in Dublin the city comes to a stand still for a few hours where 1000’s line the streets to watch a parade filled with floats, colour and dancers, it’s really a site to behold.

St. Patricks Day has become a major celebration around the world and particularly in the U.S.A where Irish Americans joined in parades and celebrations of their shared heritage.

We get a great kick here in Ireland when we see the world has joined in with the celebrations and light up some of their most famous landmarks in green for the day.

Of course we think the best thing you can wear on St. Patrick’s Day is an Irish made Aran from The Donegal Shop!