We’ve all heard the Aran Sweater was named after the small cluster of islands off the coast of west Ireland , but did you know that the Aran was also knit all over the country?

It’s beginnings stemmed from the need of the island men fishing to have something warm and waterproof to protect them from the elements. As many fishermen could not swim , believing if it was there time God would take them and what use would being able to swim be they had a means of identification through their aran sweater of either their family name or their parish of origin.

As hand-knitting moved to the mainland in the 1950’s and 60’s the Irish Government sent clothing manufacturers to the Aran Islands to teach the hand knitters how to knit to international sizing standards, we can’t imagine that went down too well!

The Aran sweater reached epic heights of fashion that it retains today with the likes of Vogue featuring it on its’ covers with huge stars such as Steve McQueen & Grace Kelly sporting an Aran. 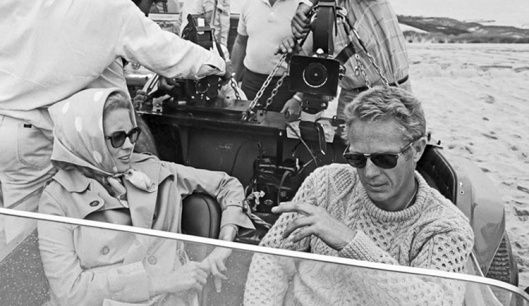 Just before Christmas British Vogue did a wonderful piece on the Aran as the perfect Christmas jumper and we couldn’t agree more! It is truly a classsic forever.